Auckland Bike taxis are a superior form of transport 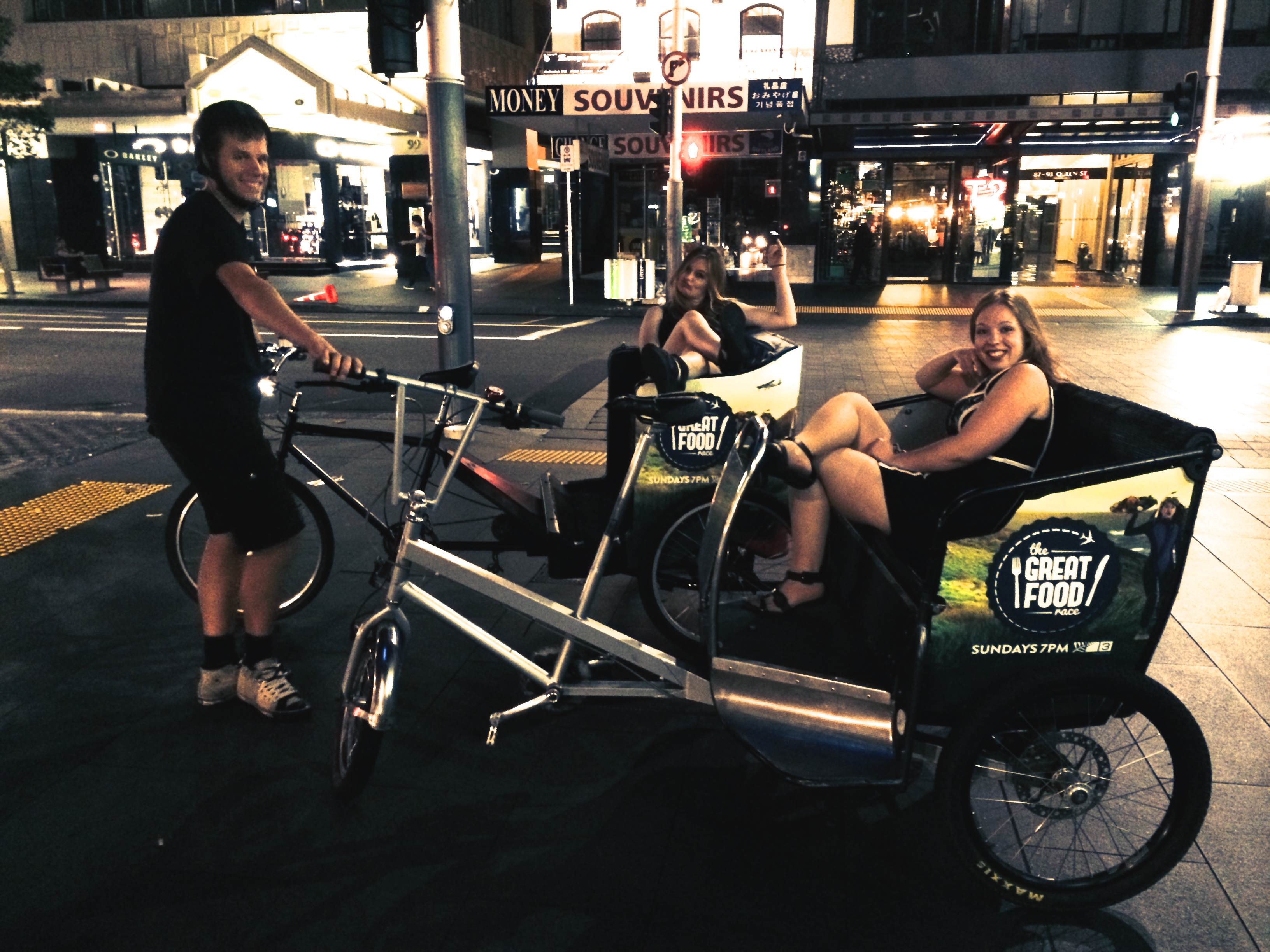 I have never owned a car and while it’s a bit inconvenient I feel like my conscience is clearer environmentally and socially.

The few times I have driven a car I am struck by how dangerous it is. Just last week I watched a man playing a game o his phone while waiting at a red light. Then continue to play the game when he turned the corner, glancing up momentarily to avoid any cars, bikes or pedestrians that might seek to ruin his game.

As a cyclist I reckon that I have a close call with a car about once a week. At the moment this is primarily going past the shops on Symonds st. This stretch of road is notorious for car doors being opened on cyclists. This can mean it is safer to ride in the middle of the lane annoying drivers than it is to ride on the left when each car door could equal a trip to the hospital.

Asides from the danger that cars present, the pollution in central Auckland is horrendous. Cycling behind a bus is especially foul. If the inner city was a car free zone this could give way to pedestrians, bikes and horses, making the entire street scene more in line with what I have seen in Europe.

Biketaxis represent an excellent alternative to taxis in the CBD. They are half the width of a car, have zero effluent asides from the driver’s sweat and have no noise pollution.
Noise pollution is a rarely considered problem in Auckland. The sound of cars is actually quite stressful. I believe it results in an underlying tension that makes life in Auckland that little bit less liveable. Whereas a fleet of Bike taxis will give nothing but joy to people watching them and to the passengers inside

It is possible carry many hundreds of kilos on a bike up hills and for long distances. Cars can do this too but are so resource heavy that their benefits are not sustainable. Cycling is the definitely the urban transport form of the future.

Riding through the streets of Auckland I see a lot of incredible, weird and broken things at the small end of the night. A lot of folk having the ride of their life: A lot of people devolving. These are my reflections.

This site uses Akismet to reduce spam. Learn how your comment data is processed.